The Grand Prix de Trois-Rivières takes a page from its golden years playbook, as the event will feature major stock-car and single-seater series during its road course weekend, held on August 7th to 9th, 2020. The GP3R announced that the NASCAR Pinty’s series will be back with an extended race, and that the highest North American FIA single seater championship, F3 Americas, will also race on the streets of Trois-Rivières. 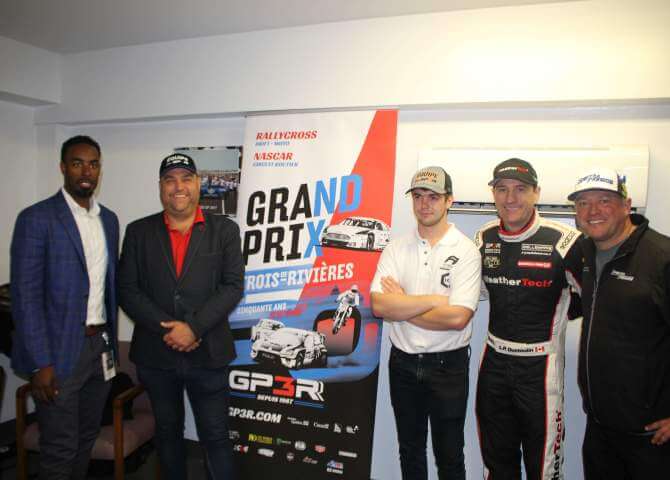 “The period where we had an important stock-car series with Trans-Am and a major single-seater championship with Atlantic are remembered as some of the most significant of our 50 editions, said Dominic Fugère, general manager of GP3R. With the NASCAR Pinty’s Series adding 10 laps to its Trois-Rivières round and the F3 Americas Championship bringing some of the best developing talent of the continent, we are happy to bring our fans such a breadth of racing in our city.”

The GP3R renewed it agreement with the NASCAR Pinty’s series and secures that one of the most awaited events of the year will be back in 2020 and beyond.

After going from 41 to 50 laps in 2014, the GP3R feature NASCAR race will once again be stretched to go to 60 laps for a total distance of 148 km. With the added distance, teams will be forced to refuel and will have a strategy call to make about putting on tires. NASCAR Pinty’s Series’ official supplier General Tire has agreed to add an extra incentive for teams to put on fresh rubber as the car which pits for new tires and finishes highest in the running order will be awarded a free set of racing General Tires.

“NASCAR is proud of our association with the GP3R. It’s going to be exciting to add to the rich history of the event by adding laps, a pit stop, and some strategy,” said Brandon Thompson, Managing Director, NASCAR Touring series.

“We have seen the potential for additional excitement with live pit-stops at the CTMP NASCAR Pinty’s rounds, added Fugère. With the longer race and the fact that passing is possible on our track, we know that many teams will take the gamble to stop for both fuel and tires. Spectators in our Villeneuve and Germain grandstands, right in front of our pit lane, will be treated to more drama and we believe that these seats will go very fast.”

High-level single-seater racing is also back at GP3R with F3 Americas Series stopping in Quebec for a three-race round. Trois-Rivières joins the likes of Macao and Pau in the select club of cities with a Formula 3 street race as a headline of a major motorsports event. The Ligier JS3 chassis used in the FIA-sanctioned series feature 303-hp Honda powerplant, front and back downforce producing wings as well as modern safety features such as the FIA halo.

Started in 2017, the continental developmental series has featured more than a dozen entries at most of its rounds in 2018 and has gathered commitments to add many new entrants for the 2020 season.

“F3 Americas Championship is excited to add a Canadian stop to our 2020 schedule,” said SCCA Pro Racing General Manager Sydney Davis-Yagel. “We’re excited to internationally debut the Honda-powered Ligier JS F3 cars on Hankook tires at such a fan-favorite event like the Grand Prix of Trois Rivieres. It’s also a perfect event to showcase our field of talented drivers on the championship’s first temporary street circuit.”

Tickets for the GP3R road course weekend, on August 7th, 8th and 9th 2020 will be on sale Monday, September 30th at www.GP3R.com and 1-866-416-9797. Special early-bird gifts, such as reserved seating for La Magie des Feux riverside fireworks and a 2020 GP3R historic calendar will be provided to fans who purchase their tickets before December 31st 2019.  Details on the programming and ticket selling dates for the GP3R off-road weekend will be made public in the coming weeks.